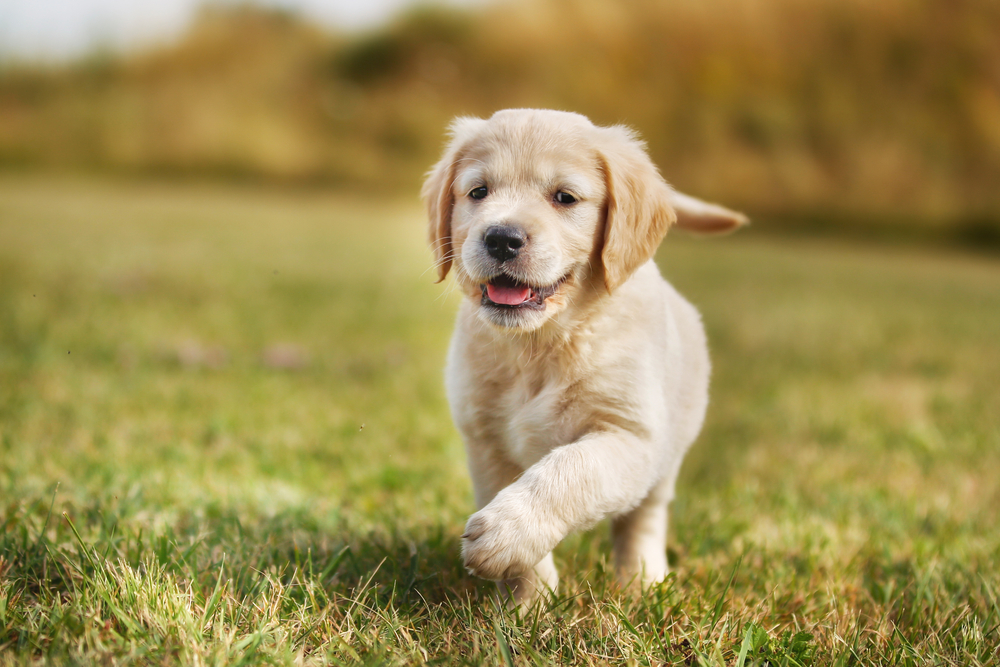 Getting a new puppy is exciting. There’s a new, adorable four-legged member of your family. As a pet parent, it’s important to be aware of common illnesses in order to take the best possible care of your puppy. The following are common puppy illnesses that pet parents should know about. Many common illnesses are preventable with vaccinations and preventative treatments. If contracted, they’re typically treatable if the puppy is promptly taken to the vet, but can be fatal or damaging to a puppy’s health if left untreated.

Heartworm is a common illness in dogs because they’re natural hosts for the worms. Heartworms are typically transmitted via mosquitoes, which can transfer baby heartworms from an infected animal to a healthy one. Heartworms can then grow to adulthood and produce their own offspring within the dog’s body. There can be hundreds of them growing up to a foot long in length.

It’s best to prevent heartworm altogether because once a dog has had heartworm, the negative health effects can remain even after they’re removed. Prevention is also important because in the early stages of heartworm disease, many dogs show few or no symptoms. The symptoms of heartworm disease can include:

If a dog does get heartworm, it can be fatal if the worms aren’t promptly removed with surgery. If you notice any of these symptoms in your puppy, take them to a vet as quickly as possible.

Just like humans, dogs can get bronchitis. Infectious bronchitis is commonly called kennel cough and, as its name suggests, it’s a severe cough. A dog with kennel cough will have a strong cough that may sound like a goose honking. On top of that, other symptoms may include appetite loss, lethargy, runny nose, sneezing, and fever. If you notice these symptoms, take your puppy to the vet. If kennel cough isn’t treated, it can worsen into pneumonia.

Canine distemper is a contagious virus that can impact the respiratory system, the nervous system, and the gastrointestinal system in puppies and dogs. If a dog contracts distemper, it typically shows up first as a respiratory illness, causing sneezing and discharge from the eyes. In its later stages, distemper can cause pneumonia or even brain damage. Distemper needs to be treated by the vet, but many pet parents don’t realize that their dog has distemper until the later stages, instead thinking that it’s just a cold.

Parvovirus, also commonly shortened to just parvo, is a very contagious disease that puppies can get between the ages of twelve weeks and three years old. Parvovirus starts out as a fever, at which point the puppy is highly contagious to other dogs. Parvovirus isn’t transmissible from dogs to humans. A few days after the fever begins, the infected puppy will begin vomiting and have bloody diarrhea, which can cause dehydration and lethargy. The best treatment for parvovirus is vaccination, but if your puppy does contract the illness, it’s important to take them to the vet as quickly as possible for treatment, which includes antibiotics and IV fluids. 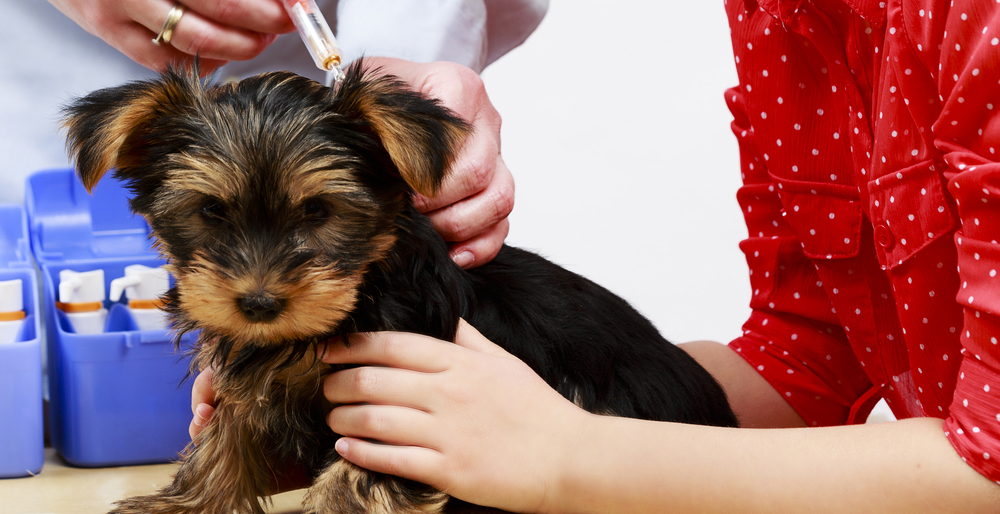 Leptospirosis is caused by bacteria that can be transmitted via contaminated urine or water. Leptospirosis can impact the liver and kidneys and carries many of the same symptoms as the flu. Not all vets vaccinate against leptospirosis, so be sure to ask your vet about it to find out if it’s a good idea for your puppy. Leptospirosis requires veterinary treatment.

Adenovirus is a rare but serious disease that can cause canine hepatitis. Fortunately, vaccinations have reduced occurrences of adenovirus considerably. Symptoms include vomiting and diarrhea and may also include jaundice. Veterinary care is required to treat adenovirus.

Diarrhea and vomiting are common symptoms of serious diseases that require veterinary care to treat. They’re also common side-effects of a puppy eating something they shouldn’t have. If a puppy is vomiting or has diarrhea, pet parents should try to keep their puppy hydrated as much as possible so that they don’t get dehydrated. If the vomiting has lasted more than 12 hours or diarrhea for more than 24 hours, it’s time to take your puppy to the vet because it may be a more serious disease.

Concerned With Your New Puppy’s Health?

Lumps and Bumps on Your Dog’s Skin: When to Call the Vet

Lumps and Bumps on Your Dog’s Skin: When to Call the Vet