Why do Dogs Eat Poop? 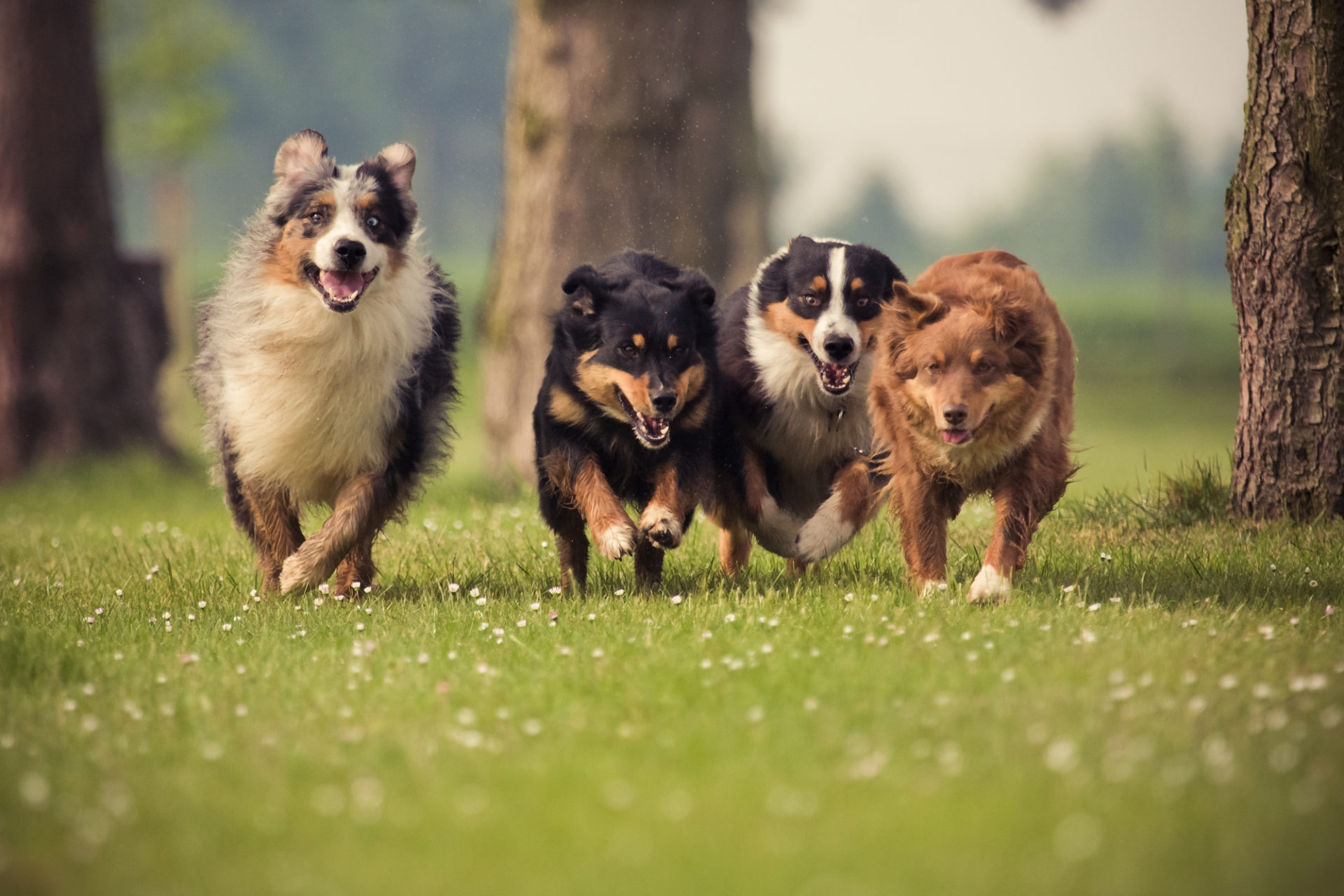 Dogs can have habits and exhibit strange behavior. This can range from drinking from the toilet, rolling around in the mud, and sniffing other dogs, However, the most repulsive canine habit is eating poop, whether it’s another dog’s or its own. But why do dogs do this? Is it a normal habit or is it a sign of a health issue?

How Many Dogs Eat Poop?

Poop-eating is not very common, but a fair number of dogs do it. According to a 2012 study, 24% of dogs eat poop while about one of every six dogs (around 16%) are serial poop eaters. There is even a scientific name to describe the phenomenon: coprophagia. Coprophagia is usually harmless, but can sometimes spread an infectious disease or parasite to your dog. It can also cause gastroenteritis that results in vomiting and diarrhea.

Is It Normal for Your Dog to Eat Poop?

It can be perfectly normal for a dog to eat poop. Since only some dogs do it, there are certain reasons as to it occurs.

Is It Normal for a Nursing Mother Dog to Eat Poop?

If a female dog has just given birth to puppies, she will eat her puppies’ poop as a means of keeping their den clean. The mother dog will also lick her puppies to encourage them to poop.

Is It Normal for Your Puppy to Eat Poop?

It is also normal for puppies to eat poop. In the first three weeks of their lives, puppies will follow their mother’s example and clean up the den by eating poop.

Typically, puppies stop this behavior after they reach nine months old. Puppies eat poop as part of an instinct to explore the world around them, which involves wanting to put unfamiliar things in their mouths. 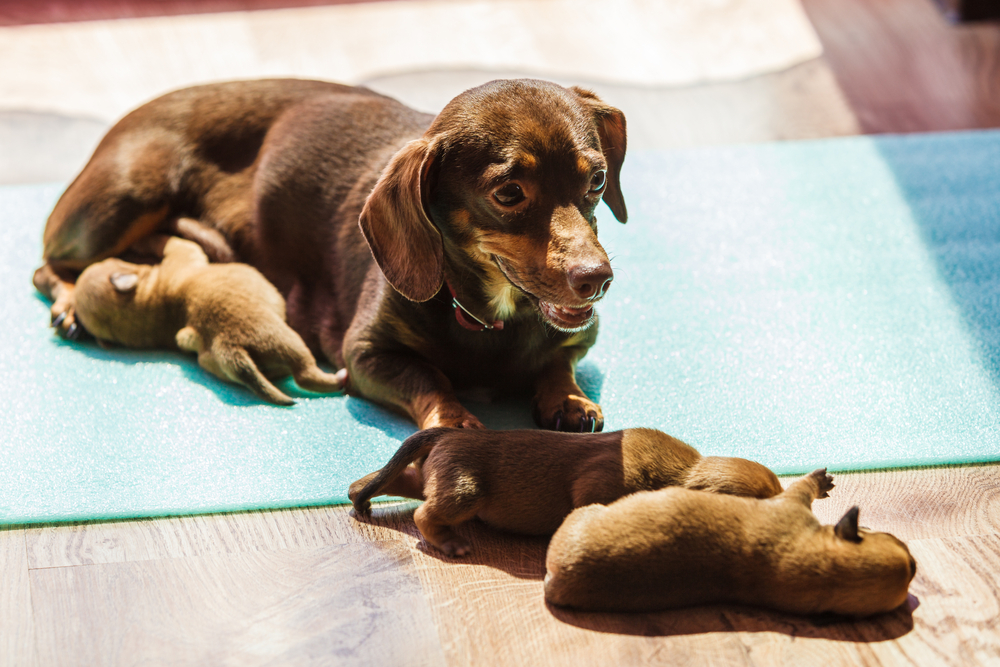 Do Dogs Eat Other Animals’ Poop?

Some dogs eat the poop of other animal species. This can occur because the poop may have nutrients in it that appeal to your dog.

Although those nutrients can be good for a dog and wanting to eat other animals’ feces is normal, it’s still best to discourage your dog from eating other animal’s poop. There may be bacteria in it that could harm your dog.

Is It Bad for Adult Dogs to Eat Their Own Poop?

Is It Bad for Adult Dogs to Eat Other Dogs’ Poop?

If your dog is eating the poop of another dog (or even another animal), it’s likely doing so for the nutrients. An adult dog that is eating other dogs’ poop typically isn’t getting enough nutrients. If you see your dog do this, you should talk to your vet as soon as possible.

How Can You Stop Your Dog from Eating Poop? 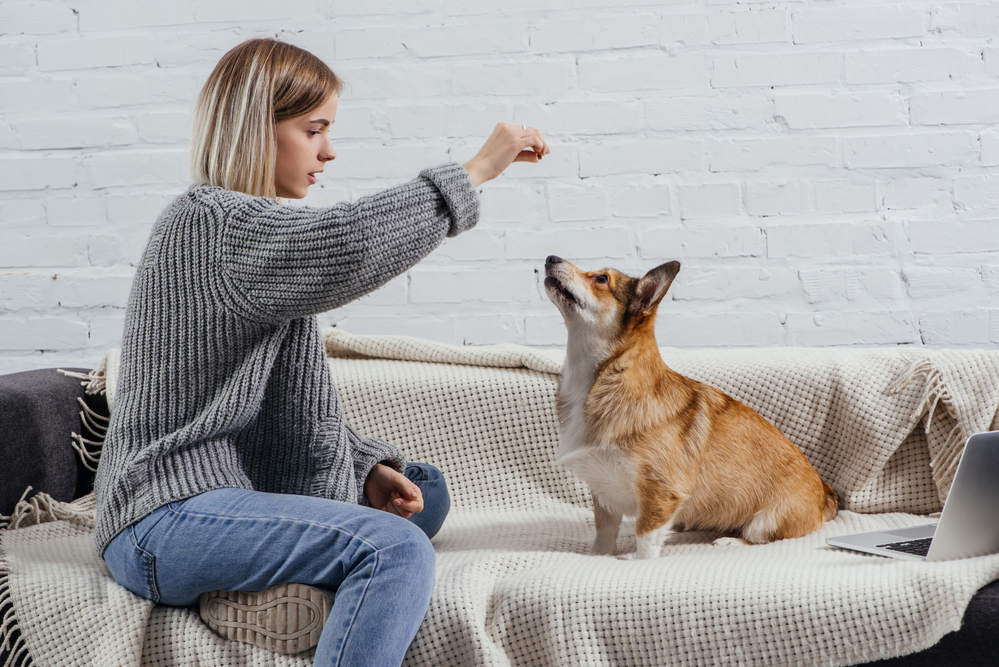 Whether it’s normal or not, most dog owners don’t want their dogs eating poop. It’s off-putting, potentially harmful, and embarrassing if done in front of others. There could be harmful bacteria in another dog or another animal’s feces.

To stop your dog from eating poop, try the following:

Your vet may have suggestions for how to best train your dog to stop eating poop, depending on what causes the behavior.

Get the Latest in Pet Industry and Veterinary News

What Can Dogs Not Eat?

What Can Dogs Not Eat?